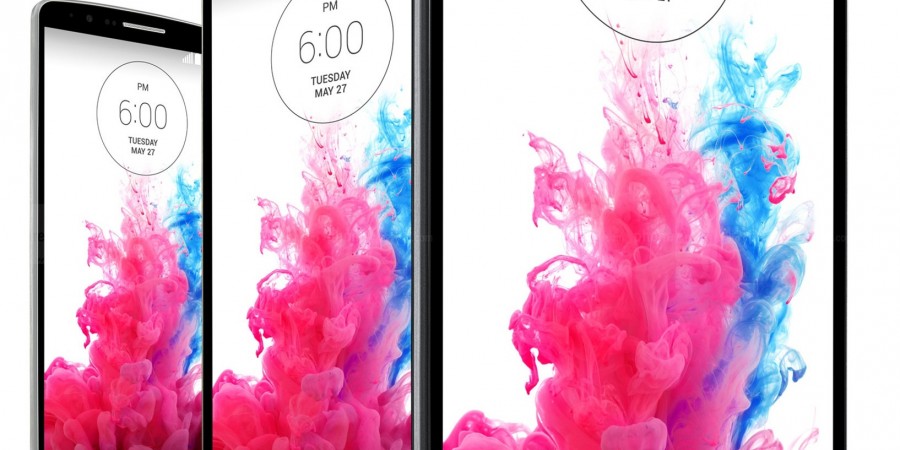 Well, I had my Xiaomi Mi3 stolen recently :(… luckily my work replaced it for me with an LG G3 from AT&T. This is the first time I have gotten a mainstream android smartphone from one of the big networks and I was in for a few surprises…

First, the LG G3, unto itself, is a pretty loaded device. I won’t rehash what can already be found numerous places throughout the web. If you want a quick workup on the specs, I find GSMarena to usually be a really helpful site:

Okay, so after mourning the loss of my Mi3 I found myself with an opportunity to pick up a new device… why the LG G3?

1. Excellent Screen size vs the size of the device – The LG G3 has a ridiculously small bezel… which means the device itself is quite compact relative to the 5.5″ screen. In fact, I got a device that is roughly the same exact size and weight as my Xiaomi Mi3, but with a half-inch larger display.

3. Battery Life – I want to expand a bit here – LG equipped the G3 with a 3000 mAh battery. This is significantly larger than other competing devices. The Motorola Moto X and the Nexus 5 look like great devices… until you realize what a struggle getting just one day of battery life out of them is going to be. The same goes for the HTC One M8, though not to the same extreme. Yes the screen sucks battery on the LG G3 but I still easily get a full day out of the device, if not the nearly 2 days I could get out of my now missing Mi3…

4. Specs – 3 GB of ram is the most you can currently get, a Snapdragon 801 is currently the quickest processor you can pick up.

AT&T – I had heard stories but I didn’t realize how evil AT&T really is… They get a whole section as a result.
1. First lets start with the downright abominable – AT&T disables or changes functionality on devices they sell. Case in point, wireless charging and the FM Radio tuner… REALLY AT&T? Really?! – In an effort to force customers to use more of their data plan – the FM Radio tuner has been disabled – so you have to use Internet radio… The Sprint variant, notably, has the FM tuner built-in and working out of the box.

2. Second, in an effort to sell crap that people would otherwise not buy – The AT&T D850 variant of the device ships with a back cover that doesn’t have the 10¢ wireless charging circuit built-in. Basically you have to buy a $50 “Circle Case” if you want wireless charging… but if that weren’t bad enough…

3. Third, AT&T changed wireless charging standards from the universally used and therefore much cheaper “Qi” system, to the universally un-used Duracell Powermat standard. So even if you get a circle case, it won’t work with lower-cost Qi charging systems. Someone at AT&T is sleeping with someone from Duracell or at least some palms were greased…

4. Fourth, the sheer amount of bloatware is astounding – After rooting the device I deleted no less than 30 applications – many of which were using data… Hence, AT&T works on chipping away at your limited Data plan and laughs all the way to the bank. Ridiculous… I now see why many Apple users are often turned off by their initial forays into Android and go back to Apple where these kinds of issues aren’t nearly as pronounced. I thoroughly dislike Apple products and iOS having lived with an iPhone 4s for over a year. So for me to say as much is telling… Performance and battery life noticeably increased once all of AT&T’s bloat was removed… Much of LG’s bloat still remains until I can figure out what can safely be removed. I had less junk to remove from my Chinese device! That’s just sick (and not the good 1990’s kind of “sick”).

What kind of sucks…

1. Initially I wasn’t really thrilled with the onscreen android controls. However once I discovered the rather elegant way that LG lets you disable the per application, not to mention customize them, I really couldn’t be happier..

2. Screen – The whites could be brighter and the blacks could be blacker – The G3 screen is phenomenally sharp – Unfortunately, as others have noted, it isn’t phenomenally bright or vivid. Say what you want about “over saturation” an Super Amoled displays, but I definitely prefer them. That being said, as long as it isn’t sitting side-by-side with a SGS5, it really doesn’t bother me all that much. The brightness goes up high enough to where it really isn’t much of a nuisance except in extremely bright/direct sunlight. I am torn as to whether the Quad HD display is a fair trade-off however I would prefer not to have to trade anything. I do a LOT of reading on my mobile device so I actually do find myself appreciative of the ridiculously high pixel-density.

3. It’s not a metal back – Meh… I thought I would care, I really don’t. The LG G3 looks and pretty much feels amazing all around and I love how light-weight it is for its size. I would take the lighter weight and stick to polycarbonate if this were the result any day. Oh yes.. and it attracts almost no finger-prints. Even the display is hard to mark up with prints… I am simply astounded at how clean the device continues to look. The fact you can also replace the back should it get ding’d up is a huge “feature” in this phone’s favor. Particularly for me as I absolutely hate phone cases.

4. It is a big screen – which means it is slightly unwieldy. No more than my 5″ Mi3 was though due to the excellent design. LG has built-in some nifty features to make the screen-size more manageable which does help. Other nifty stuff like split-screen also help make good use of the extra real-estate.

5. The IR emitter – Okay, it really sucks… I have to be within about 7 feet of my television for it to work. This could very well just be my TV, whose infrared reception has always been obnoxiously bad. However the phone is useless past 7 feet whereas my actual TV remote will work from 15-20 ft with fresh batteries and as long as it is well aimed. Bit of a fail in my humble opinion. No amount of aiming will get this phone to broadcast successfully past 7 ft. or so. I guess it is nice it is there. But that is kind of like saying I guess it is nice the FM tuner is there… pointless if neither works.

1. The phone absolutely flies… Opposed to what I have read in other reviews I really notice an lag due to the resolution of the screen. Android (using the Google NOW launcher) is buttery smooth and applications launcher in a heartbeat. The only thing I noticed a bit of lag in was scrolling around in magazines in the Nook application and it wasn’t enough to really hinder the reading experience.

2. 32 GB is a generous amount of storage – I have a lot of large applications/games installed and still have almost 12 GB of available space. I am also using ART (android runtime) which takes up more space per app. And it also supports expandable storage which is a rarity for some reason on high-end devices.

3. The camera – The laser-autofocus really does work (not just a stupid gimmick) so taking clear pictures is pretty much instantaneous. Even in relatively low light situations. In fact low-light camera performance has been a really pleasant surprise. I have never had a phone or camera that could take pictures this quickly in low-light and get such clear results. It also has an ultra-bright flash for when you just have to have it and the lighting on the flash is actually quite natural whereas other phones I have had usually have a more bluish “led” hue to them.

4. Tap-to-Wake – Power button on the back…? Who cares – with tap to wake I hardly ever use it. I am using an 8 digit pin-lock and whole device encryption (remember… previous phone stolen…) which does slightly hamper the feature but none-the-less the power button would be a big headache if it weren’t for tap-to-wake/unlock. Every phone should have it.

5. Loud rear-speaker – I listen to a lot of audio – this is by far the loudest “single speaker” I have ever experienced in a phone. There is some distortion at high-volume levels and I would have liked front stereo speakers (but not at the cost of making the device larger) but it is much better than my expectations.

6. Battery-life – As mentioned above, this phone has a higher capacity battery than most others phones on the market. I also recently switched over to use ART (android runtime) and if you aren’t familiar with what that means you can google it as I am not going to dive into it here. Perhaps it is just placebo but right now I am getting towards the end of my first day with ART and I still have 66% of my battery whereas in days previous it has been closer to 40%. This is much closer to my experience on the Mi3.

7. Rear-Button placement – I have grown in the last several days to really like having the buttons on the back. I don’t ever hit anything by accident and the design looks and feels really clean. Working the volume and power controls is very natural when needed.

8. Another reviewer noted, and I tend to earnestly agree, that screen brightness management is executed very well on this device. Auto brightness is intelligent in that you can set a “target” brightness that you want based on ambient light. Also, there is a really nifty feature that won’t put the screen to sleep if it detects you staring at it. So when you are say reading an overly long review of the G3 (like this one) and not scrolling a lot, the screen won’t just turn off on you because it times out.

9. Data speeds… well, this is one area I will give AT&T props… download speeds on 4G get up to 30 Mbps and upload speeds can top out at a ridiculous 25 Mbps… the upload speeds are about 5x what I get with my home internet and the 30 Mbps download rate is faster that most folks home internet although in that department my home network tops out around 55 Mbps. It isn’t the 150 Mbps theoretical speeds that 4G promises but honestly I can think of few situations where I would need that much speed on my mobile device in today’s world. While we are on this topic, Wifi connections are very good and very fast to connect and the blutooth range seems pretty spectacular to me as well. Due to the wickedly fast processor and storage, large application download and installs rarely take more than a minute or so.

So… all-in-all I am pretty happy. Had I not been able to root and clean the device up this might be a different review though. But once everything is cleaned up this is perhaps the best android phone you can get your hands on at the moment if you need absolutely top-shelf specs.