16. I have strayed off a few times while writing this article and Wikipedia has told me that Apple was still making server equipment as late as 2013 and it sounds like they still might be at it. A came across and image of a server rack full of these things, it looked quite slick. I believe the below image is of a dedicated drive array, not a full server. I might be wrong on that account though.

17. In 2004, Apple’s major innovation was slapping a color screen on the iPod and giving it the ability to flip through pictures. It might not sound all that incredible today, but realize this was well before the era of smartphones, or even those odd little key chain digital picture frames that someone reading this post right now probably purchased with the intention of sharing cat photos with strangers on long flights… (it could happen to you) 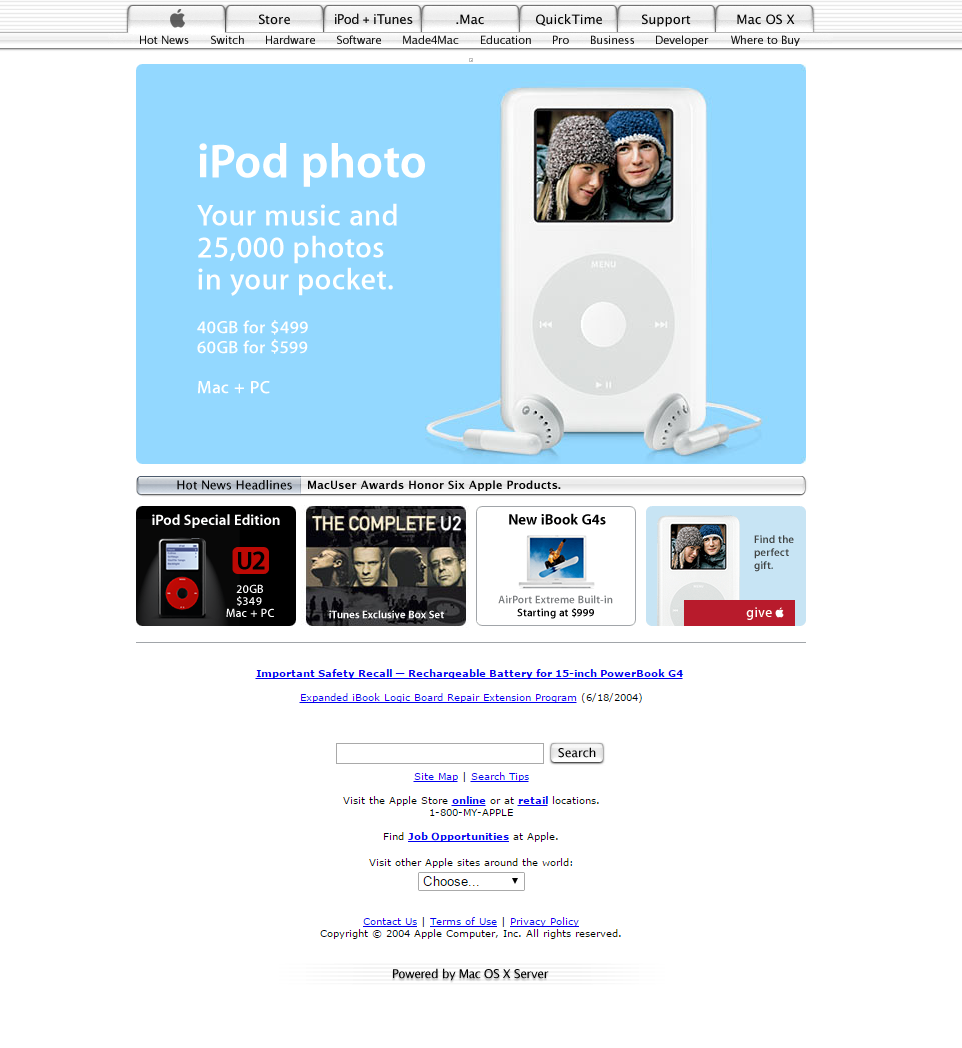 18. They changed the name of the iPod “mini” line to the much more hip sounding “nano”. The nano achieved its diminutive size via the use of flash memory for storage. Which means a drop from 40/60 GB of storage to 4 GB when comparing against the 4th generation iPod (aka the iPod “Photo”) also released that year.

See the block below advertising iTunes on your mobile phone? Click forward for another little oddity of tech history… 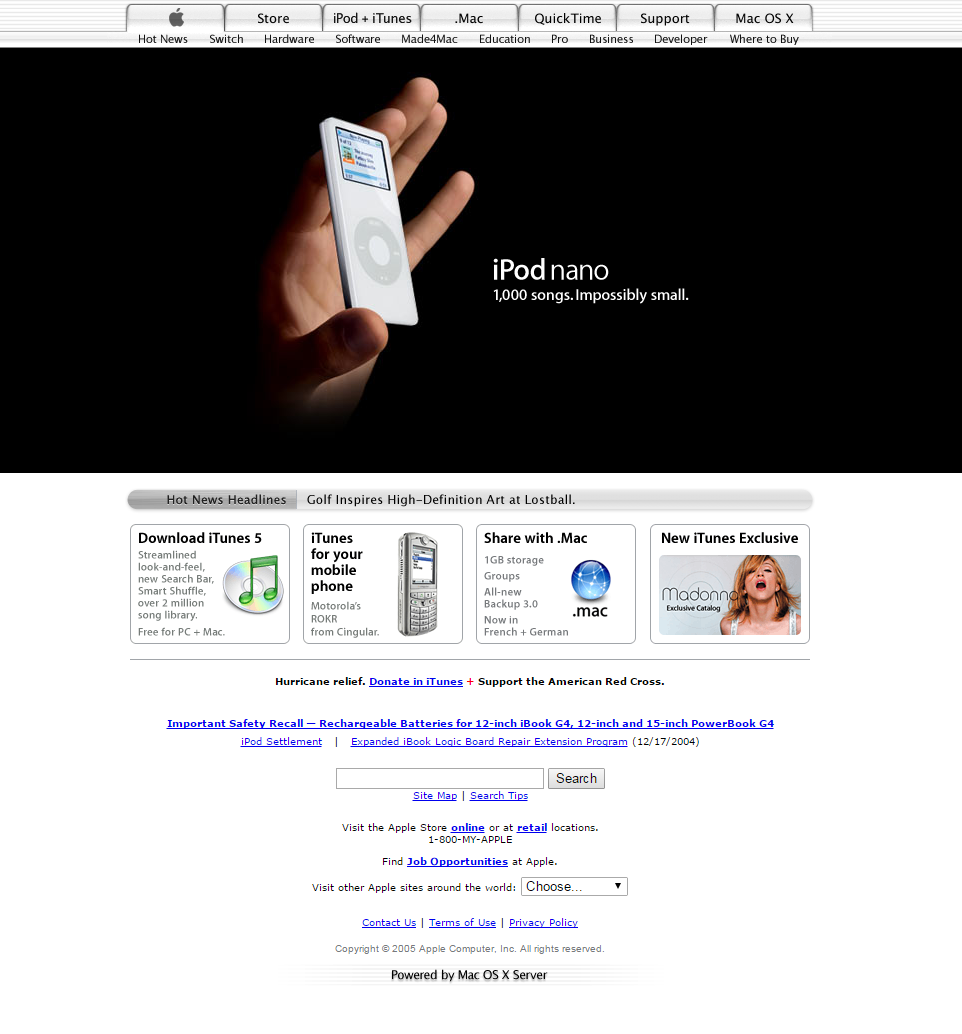