37. 2012 was the year of trying new screen sizes for Apple. With the iPhone 5 Apple dipped their toes (rather cautiously I might add…) into alternative screen sizes for the iPhone and the iPad Mini was also launched this same year. Part of me wonders if Steve Jobs had still been alive if Apple would have ever done this… I believe Steve Jobs was quite adamant about screen sizes. He pretty much said no one is ever going to buy a big phone… >http://www.engadget.com/2010/07/16/jobs-no-ones-going-to-buy-a-big-phone/ This really was one of those surprisingly odd blind spots for Apple. I owned an iPhone 4S for quite a while… the one thing I hated most was the tiny screen. The iPhone 5 was still quite small by comparison to the 6, let alone the 6 Plus but it was their first step in the right direction on this issue. 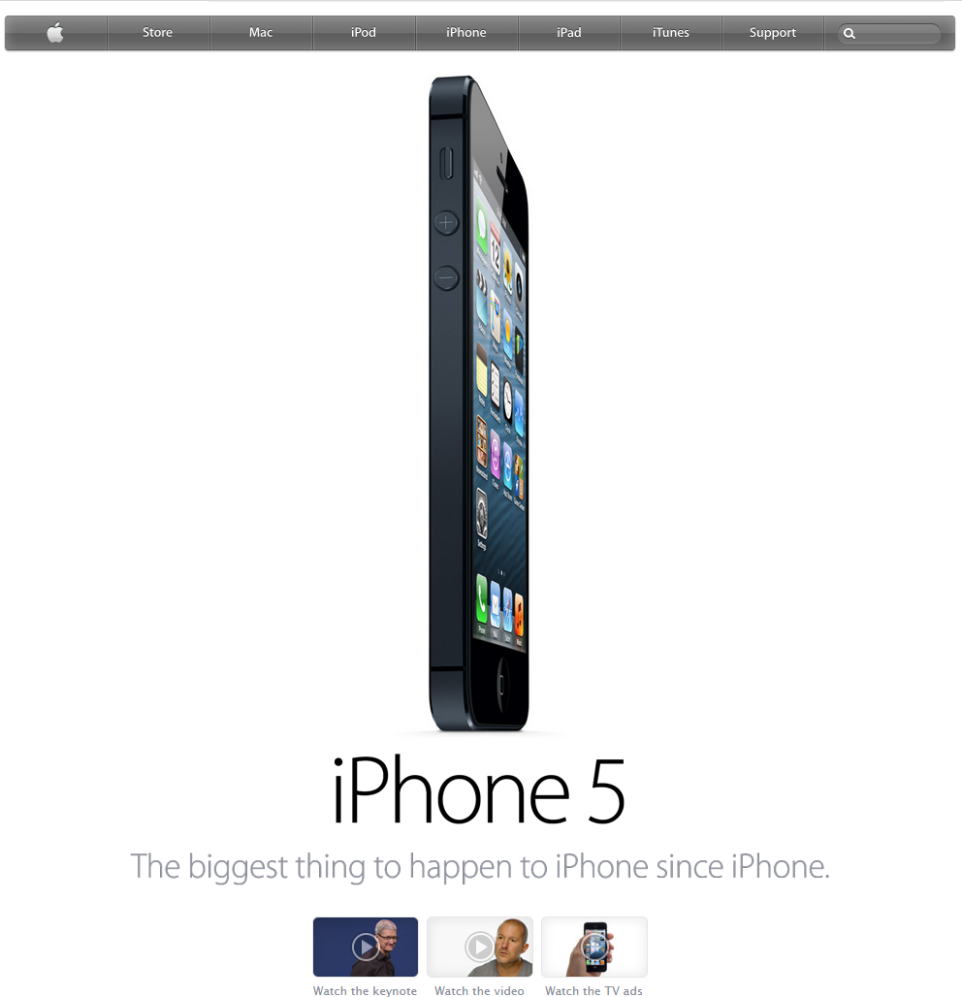 38. The iPad Mini was launched in 2012. This screen capture is for 2013 and the second generation of the device is shown… into which they crammed a retina display (very impressive two years ago), doubled the amount of ram at 1 GB, and a vastly improved CPU and GPU vs the 1st generation. The specs were nearly identical to the 1st Generation iPad Air released that same year. 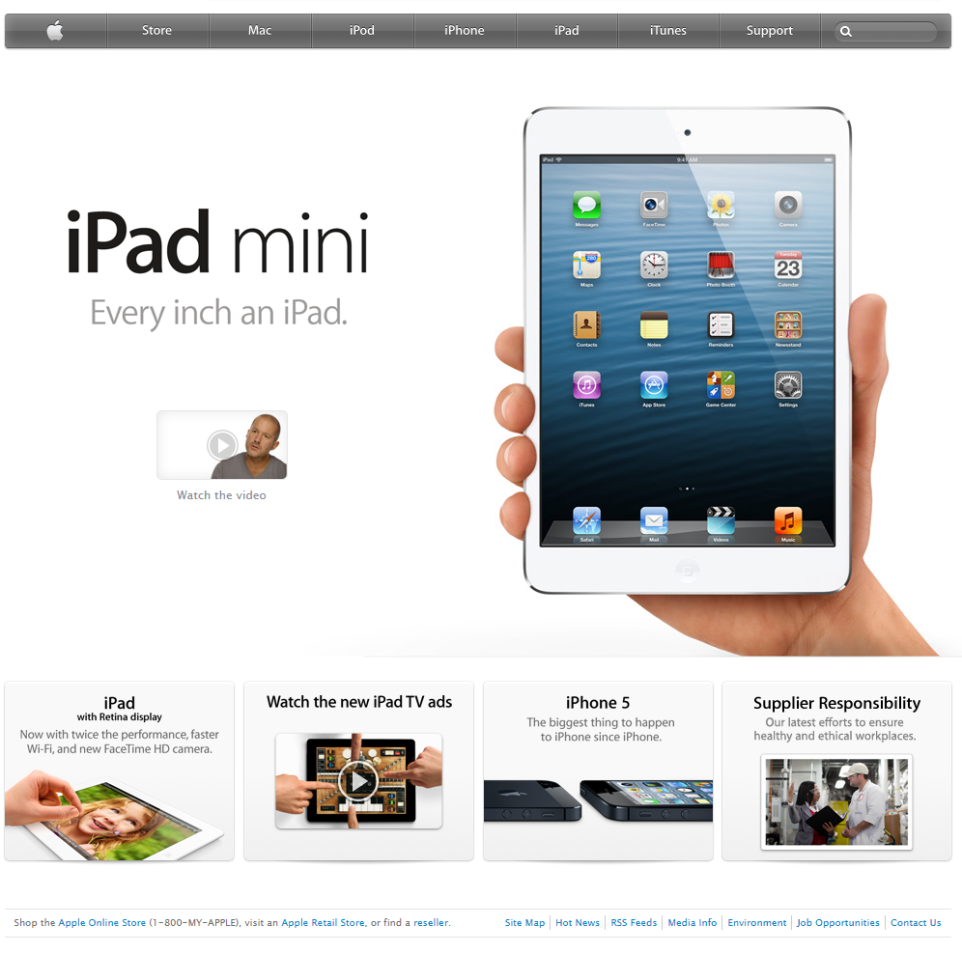 39. Okay, so big jump for the site in going with full-bleed images for 2014. I had to crop this one down significantly to make it fit the screen and still be legible. 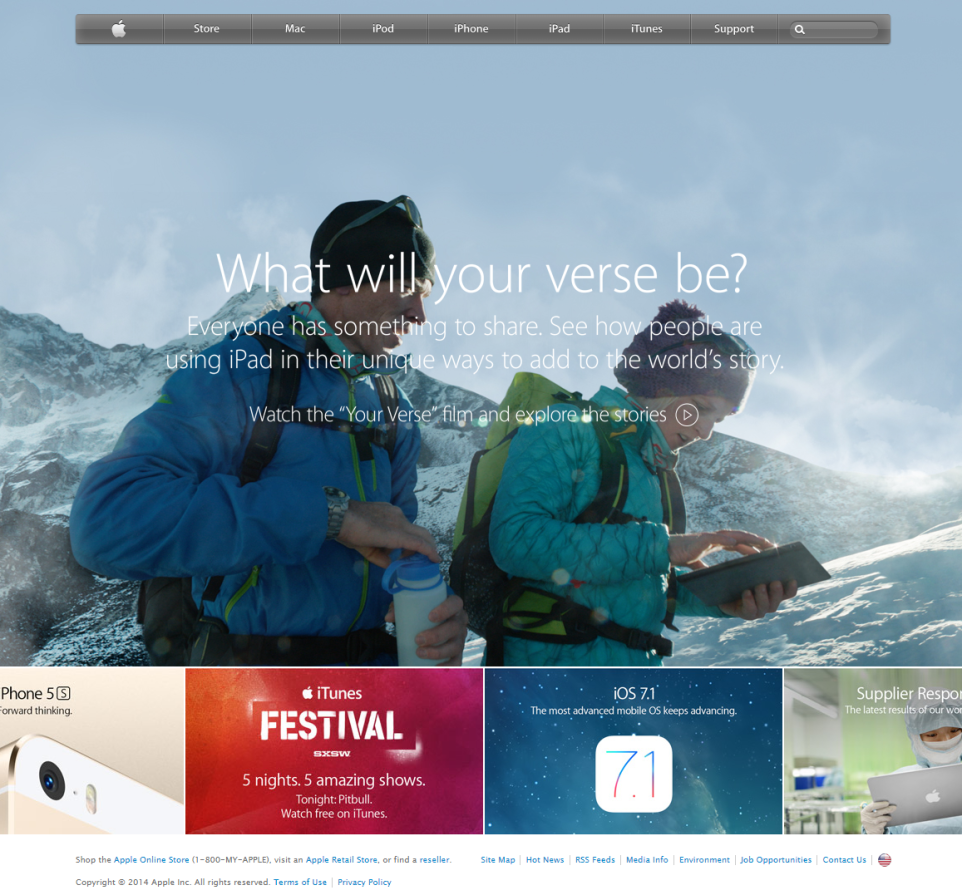