31. Mobile computing really started entering a phase of general usefulness vs. frustration in 2009 as processing power started to finally catch up to system/user demands. Enter the iPhone 3GS, which sported a Cortex-A8 which was vastly superior to earlier ARM11 chips. Honestly, under the hood, this was in many ways an entirely new device vs the preceding two models. The 3Gs introduced a double-helping of RAM at 256 MB, a massively improved CPU, and SGX535 GPU. It also doubled the theoretical 3G data speeds of the previous model. It had a slightly improved TN-LCD panel with a 24-bit color depth and an improved rear cam at 3.0 MP. Unlike most other hardware manufacturers, Apple doesn’t focus nearly as much on underlying hardware changes when it comes to their product generations/releases, particularly CPU/GPU don’t seem to carry as much importance. Hence this wasn’t the iPhone 4… but rather just an improved iPhone 3G by their marketing description. 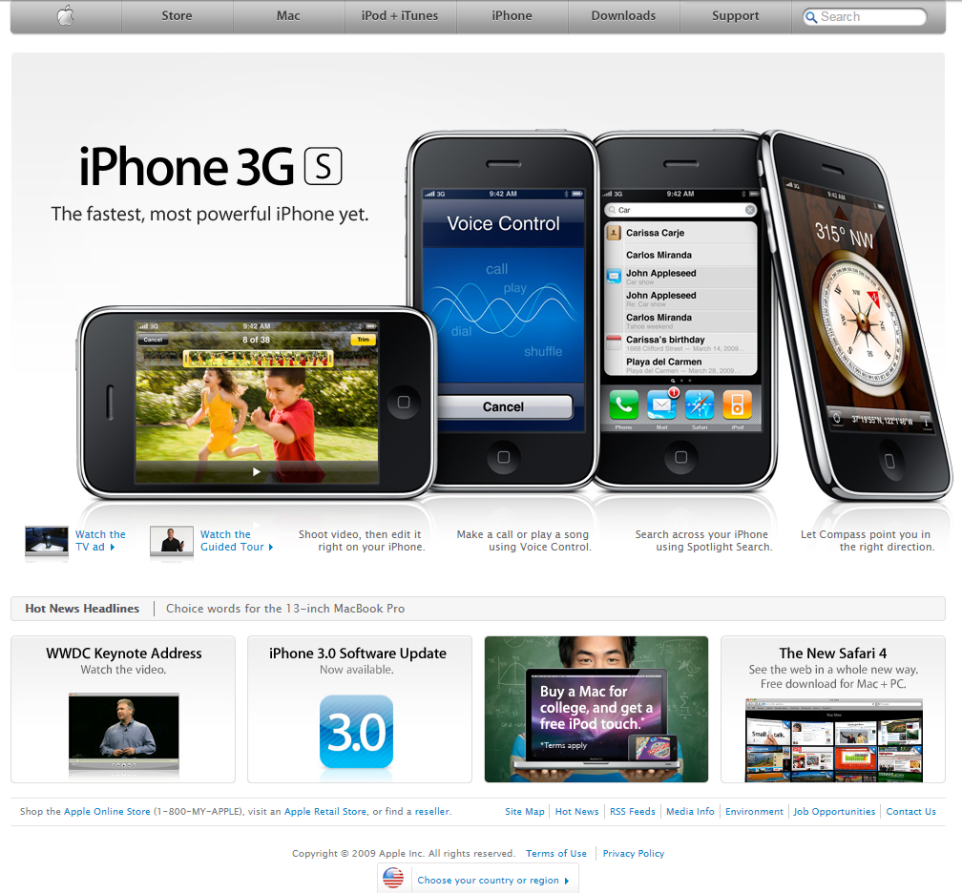 32. I felt like this was the most obvious choice for a screen capture of 2010… The iPad, yet another game changing product from Apple. I would argue this was their last “new” product until the recently released Apple Watch. Everything else in-between has just been incremental improvements or variations within the same product categories.

Initially the iPad was a head scratcher for a lot of people because it was running iOS… which was viewed as only a phone operating system and why would anyone want a phone OS on anything bigger than a phone? This being a silly notion to some folks at the time might seem odd now looking back, but realize that nothing in this form-factor had been widely released at retail and the few odd products that were considered “tablets” at the time were running some antiquated version of Windows XP and weighed the same as a laptop. iOS, and later Android, both proved to be extremely versatile though and here we are today… I think Apple and Google both keyed into the fact that 90% of what a typical person does on any computing device is consumption related (i.e. browse the internet, read an article/book/blog, watch a video, listen to a song, lightweight gaming, etc…) In that case, a device that is all screen with no precision input (i.e. no mouse or physical keyboard) actually makes a lot of sense.

I think in the past year or two though we have started to see a reversion of the tablet trend. Phones have gotten significantly larger, more useful, and more powerful to the point where, if you are like me, you use your phone for almost everything and your tablet tends to collect dust. If I were to criticize Apple at this point, I would say they surprisingly lacked the future vision regarding the move to larger phones. Samsung honestly led the way to where we are now. Granted Apple finally got on board with the 6 “plus” but it was a few years late to the game. 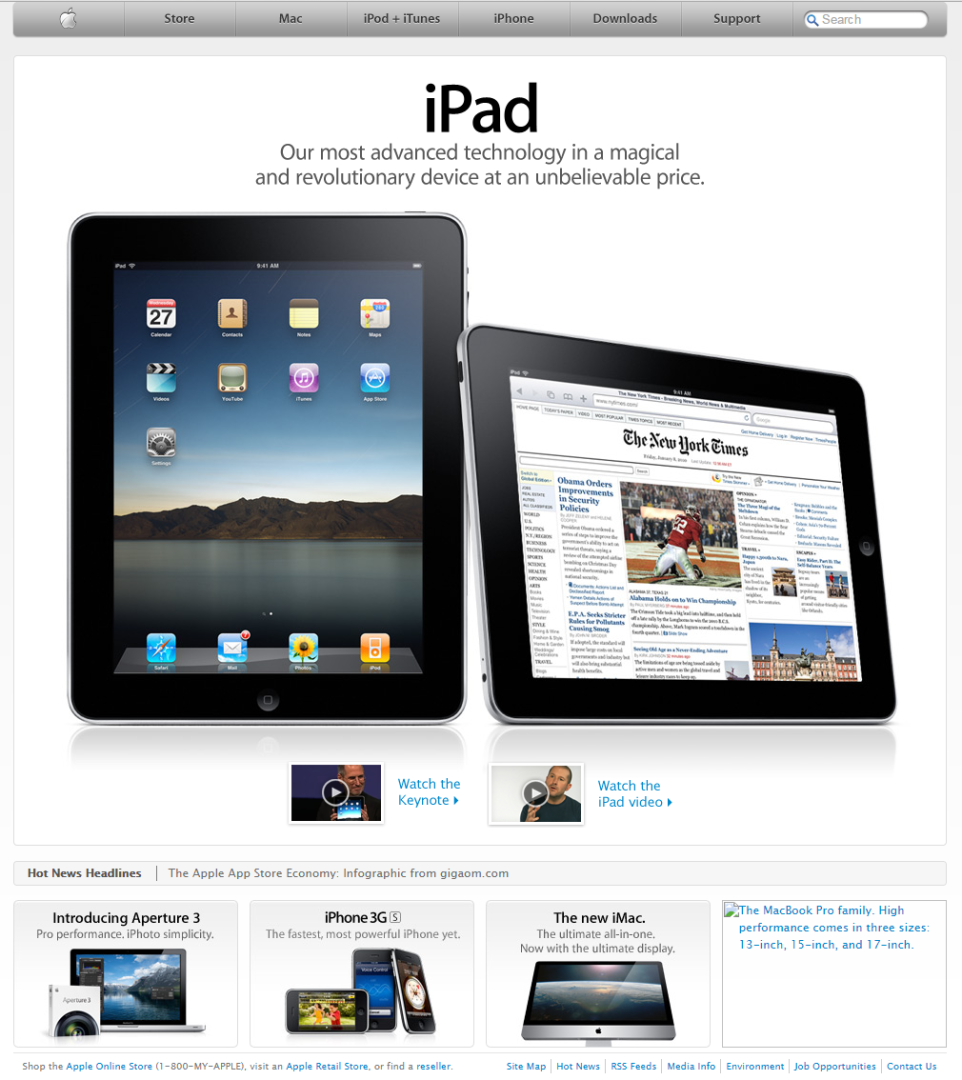 33. 2010 was also the year of the iPhone 4… love or hate Apple, this was one of the nicest looking devices, hands down, for that year. The machined metal rim, metal buttons, and back to front glass looked and felt excellent and utterly premium. If I were to crticize Samsung at this point I would say they had utterly missed the boat when it came to making devices with premium build quality… until the recently released Samsung Galaxy S6 Edge. Before that, in my opinion, every Galaxy device felt very cheap, even if that wasn’t the case.

Another item of note is the “supplier responsiblity” in the lower-right-hand corner… I believe this was the year that the story about Foxconn employees committing suicide went viral. Foxconn is the manufacturer that produced the iPhone along with stuff for a bunch of other electronics companies. Apple was apparently offering a response but unfortunately I think pictures of neon nets suspended around Foxconn buildings (to catch jumpers) stuck more strongly in the public mind. 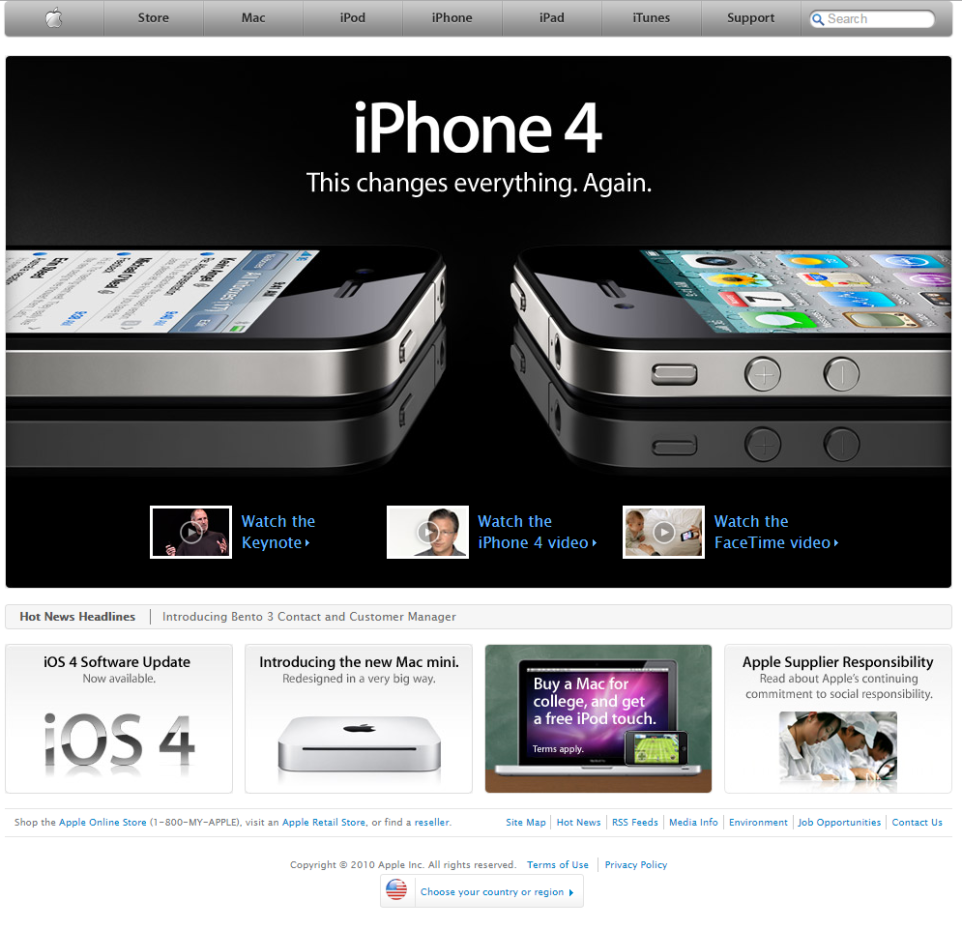