28. Merry Christmas 2007 with claymation “I’m a Mac and I’m a PC” adverts. If you want to see the ad though, you need Quicktime 7… Quicktime is one Apple legacy that I think (hope?) is completely dead. I feel much the same way about Microsoft Silverlight and honestly DivX as well. Although I might be mixing apples and oranges as codecs and media frameworks aren’t my forte. 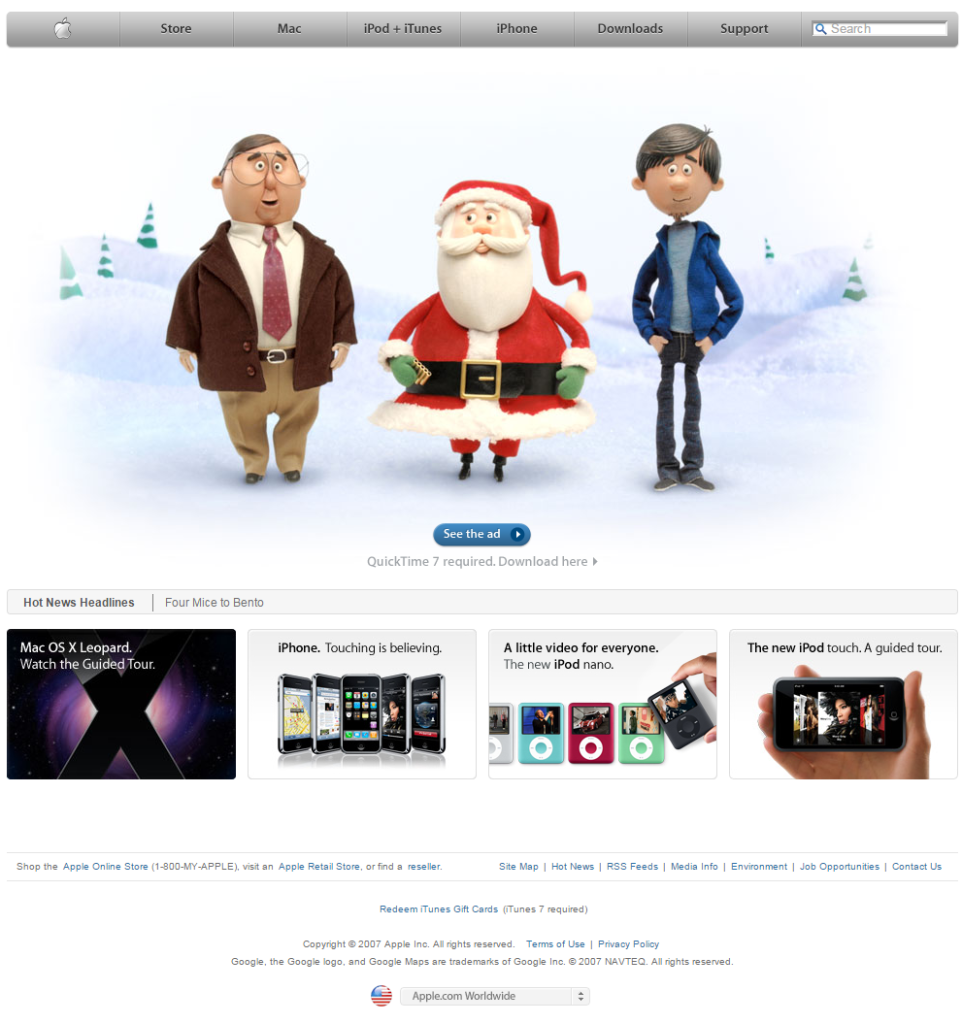 29. Jumping from December of 2007 to July of 2008 with the release of the iPhone 3G. That’s right, the first iPhone ran on ancient, slow, unbearable 2G EDGE data networks. I have used these before… it is good for getting emails, that’s about it. 3G was a real breath of fresh air by comparison and untethered the iPhone from a WiFi connection. The iPhone 3G also brought GPS to the table which was incredibly cool for the time.

The cpu, gpu, ram, battery, etc… all pretty much stayed the same. Honestly, I am amazed at how smoothly the OS ran on an ARM 11 processor and 128 MB of ram. Apple really did, and still does, know how to be efficient with an OS. Of course, when you are controlling all of the hardware and software, that does make this a lot easier to pull off I would think. It is still impressive all the same. 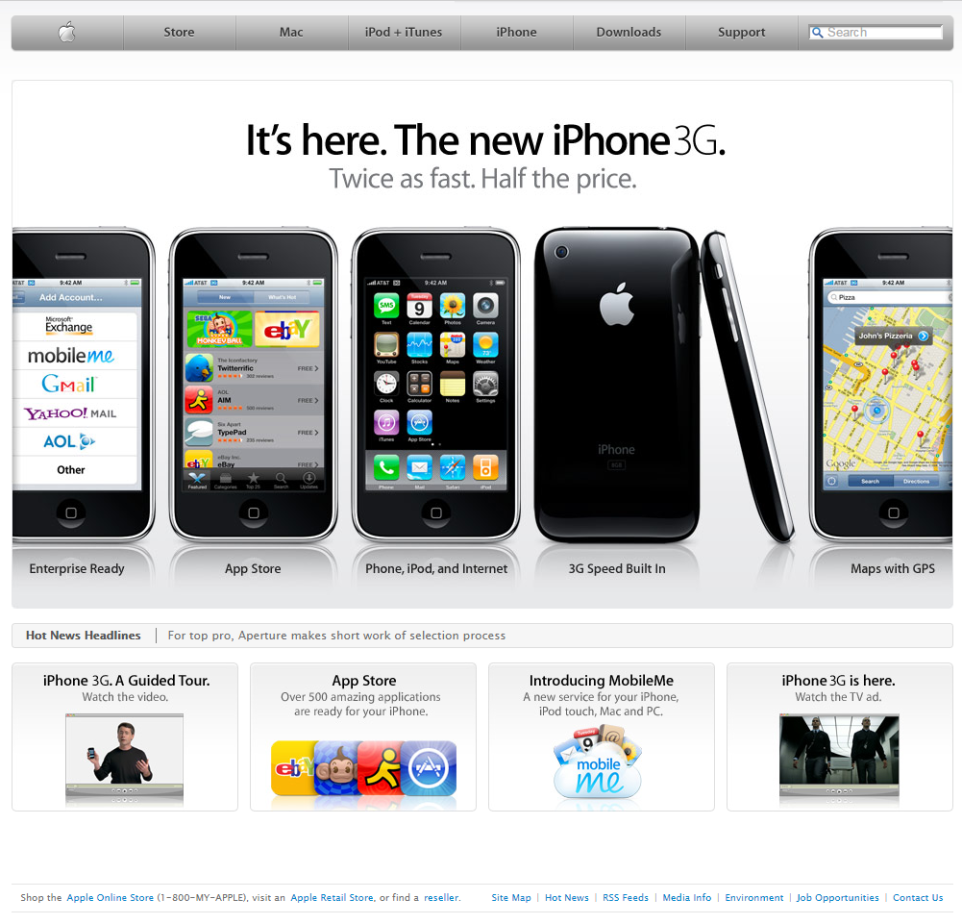 30. 2008 was the year of the laptop for Apple. Earlier in the year they had launched the Macbook Air, which I would call the industry’s first “ultrabook”. They also shifted the rest of the Macbook line to a similar aesthetic with metal unibody casing and slimmer profiles (if not quite and diminutive as the “air”). The original Macbook released two years earlier in 2008 was a polycarbonate/plastic affair that easily attracted fingerprints and scratches. 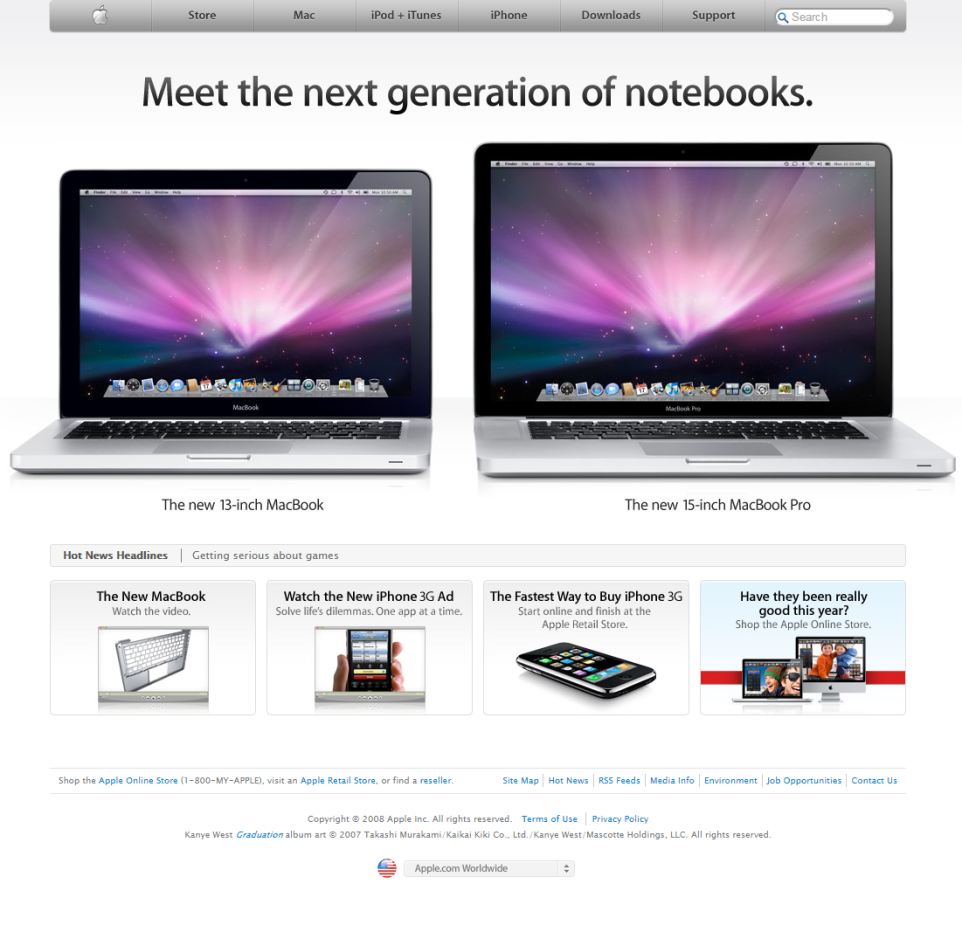