04. Another lovely image from 1999 showcasing the new iMac in orange. I can appreciate Apple’s desire to differentiate from the sea of beige that was the rest of the computing world at the time. Quick question, is QuickTime still in use anywhere or is it finally a dead format? 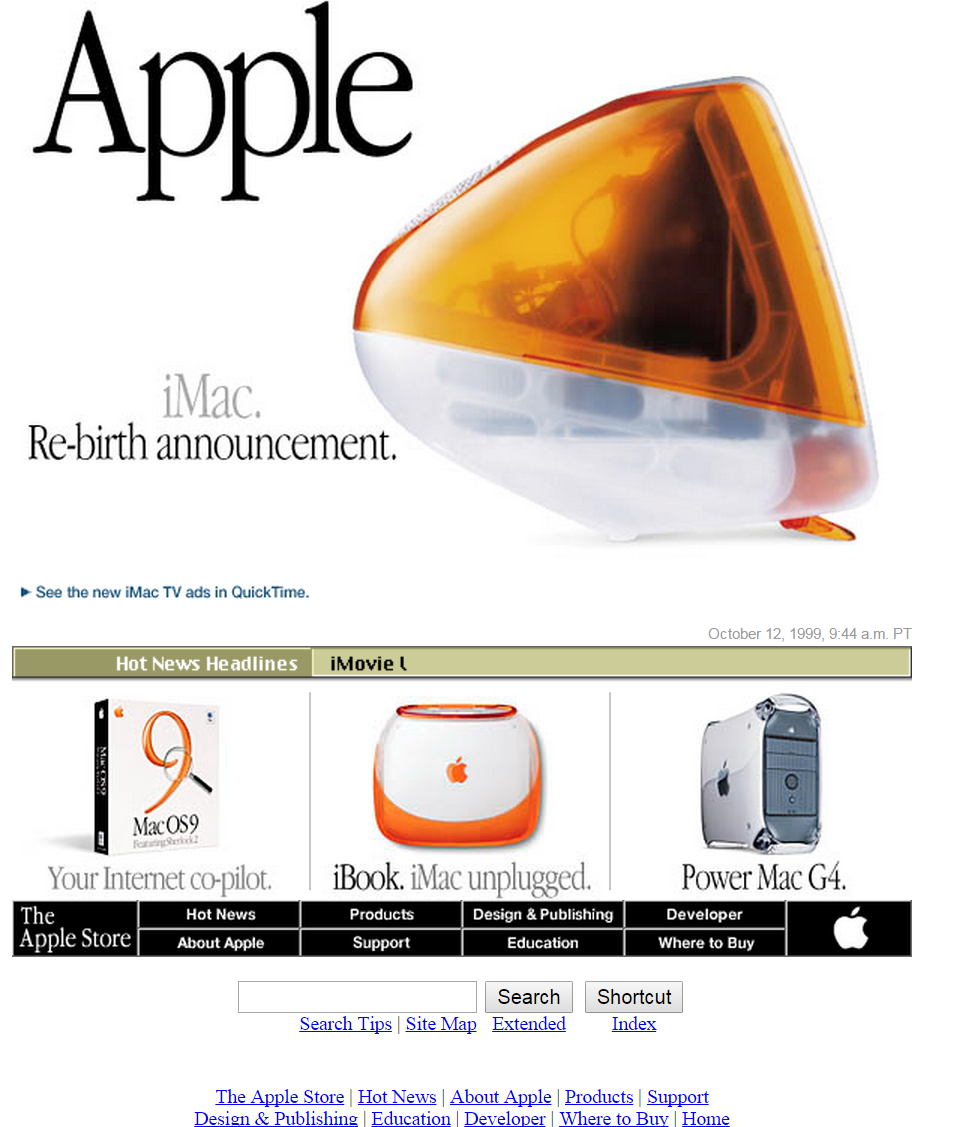 05. Despite worries of impending doom (a la’ Y2K), people still bought the G4 in 1999. So much so that Apple continued to update the model. This one had a snappy 500 MHz processor.
Anyone remember Earthlink? Get ready, in a few more slides we will get to AOL…
I think the basic design of the G4 has aesthetically stood the test of time quite well. It doesn’t look half bad at well over a decade old. I do believe that is an 100 MB “Zip Drive” on the front of that machine! Remember those?

Note the website design; it has shifted yet again. In my opinion, this was the last fundamental shift to date… Apple has continued to change the facade but the core layout of apple.com has remained the same for 15 years. 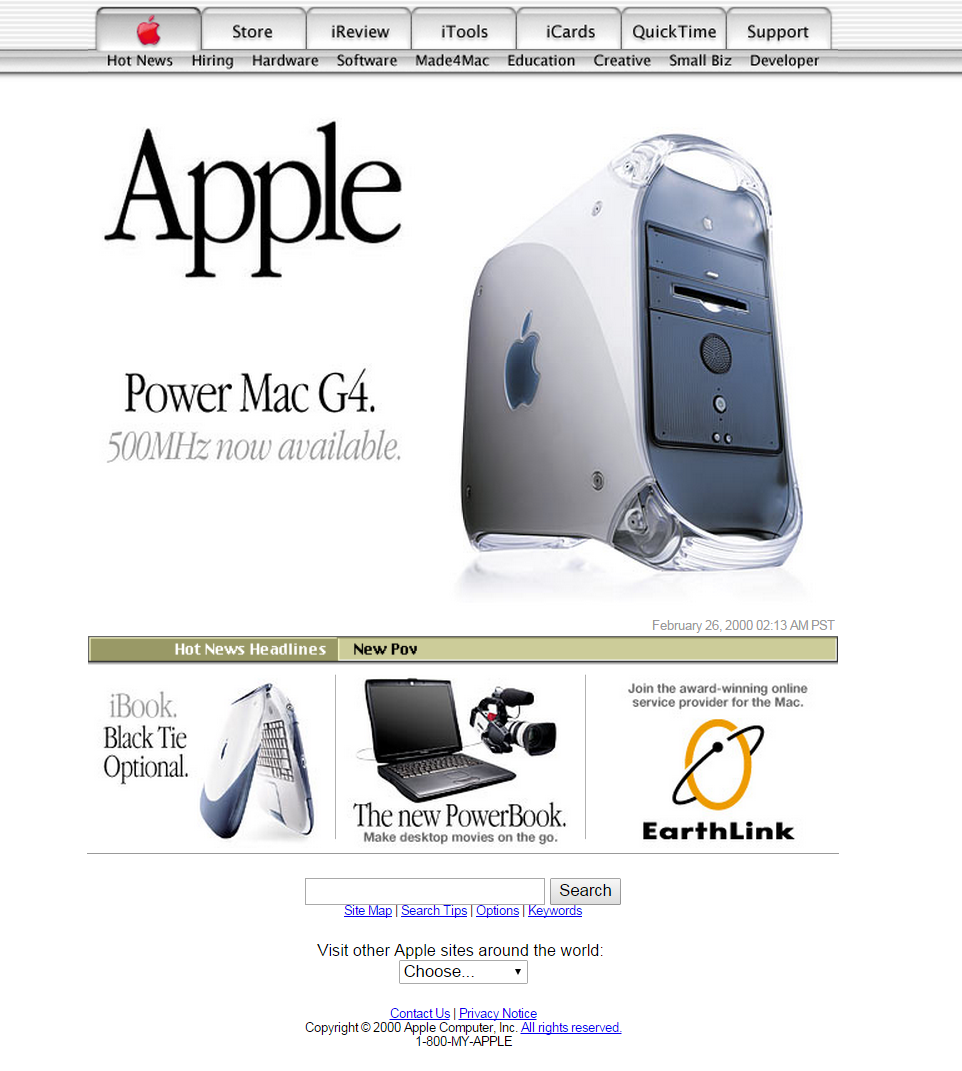 06. Now, this image is also from 2000, and THIS I remember. Apple came out with the “G4 Cube.” It was interesting because it was fanless… and if I remember correctly, some of them did unfortunately have a reputation for overheating (I might be wrong about that…) It also had an odd top-facing, slot loading CD drive. It was a unique design all around and would make a good technological curio piece for anyone’s collection. I think it also lacked a power button. You just touched the case to turn it on. 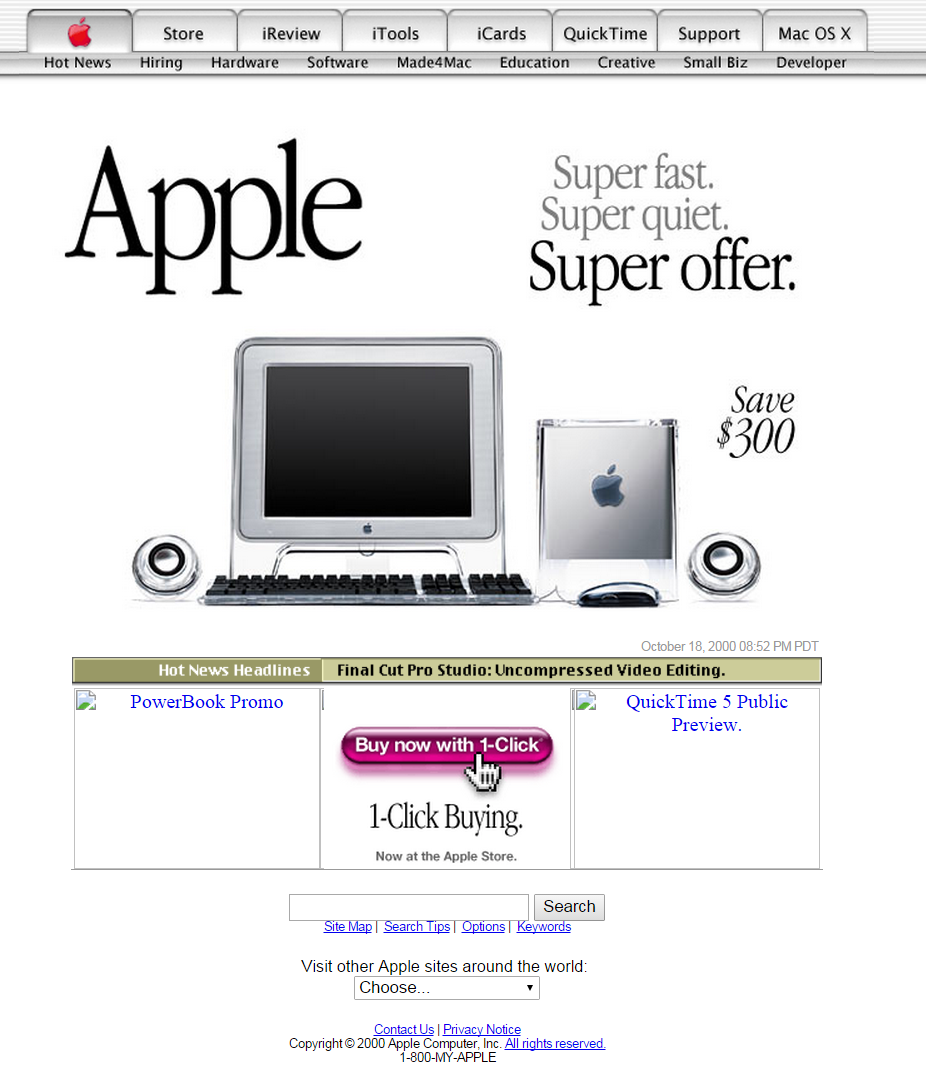